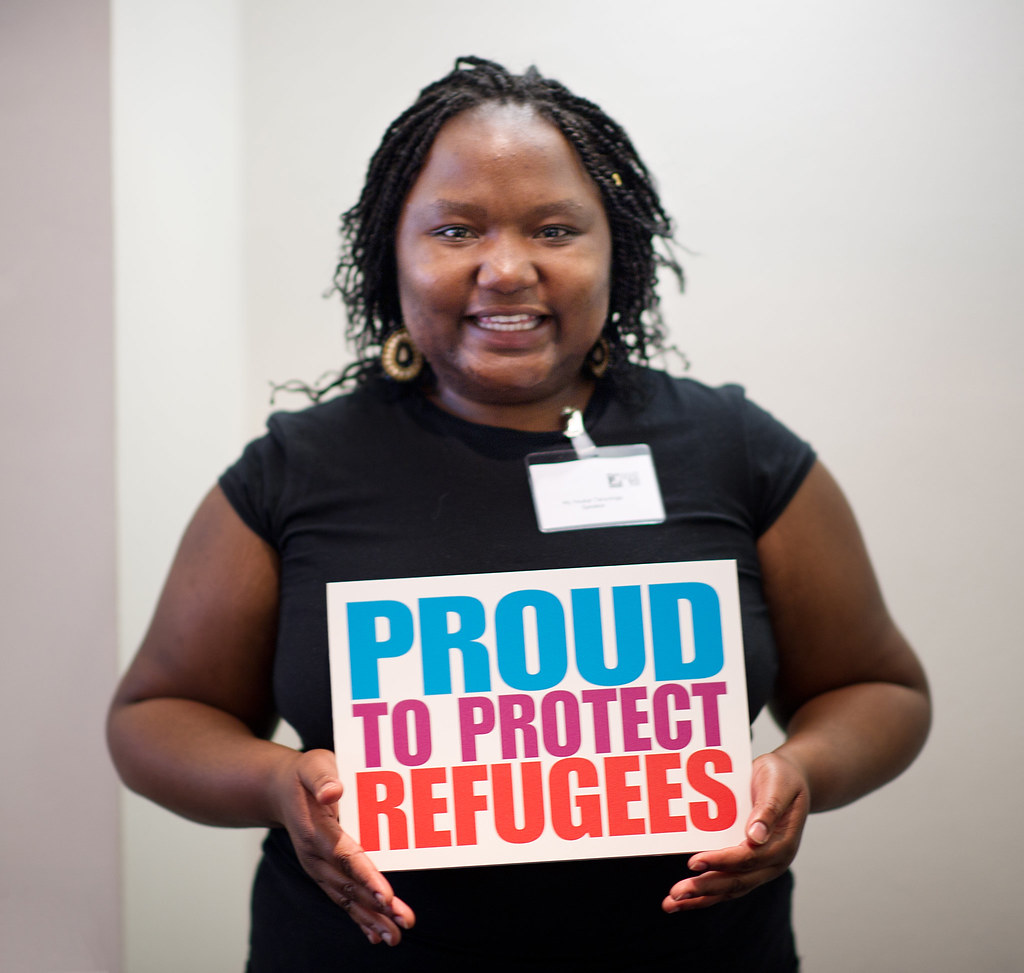 When Yeukai was 18, she had just finished her A-Levels in Zimbabwe. She was excited about beginning her degree and her future looked bright. But she wasn’t living in normal circumstances. Zimbabwe’s political climate was fraught with civil unrest and with economic collapse just three years away, inflation was impossibly high.

Unable to stand by and watch, factions of Zimbabwean society became politically active, speaking out against the Government. Yeukai’s college began canvassing to help push the failing and dangerous ruling party out. As a result, Yeukai, and many others, became targets of the Government’s militia. After a campaign of intimidation and threats, she was subjected to a serious violent attack. Although she managed to escape with her life, the danger was still present, and she was forced to flee the country.

Navigating life in the UK

Now a ‘political asylum seeker’ living in detention, 18-year-old Yeukai, who had only ever been looked after by her mum, was scared and alone. Her Zimbabwean passport had been confiscated by the British Government and her once bright future now looked bleak.

Once Yeukai left detention, what ensued was nine years of struggle to access basic services, no right to work or education. Without proper documentation, even joining a doctor’s surgery was tough.

Yeukai’s situation became uncertain again when the British Government decided many Zimbabweans no longer needed asylum, and sought to deport her and many others, back to face the horrors they had escaped. Officially homeless, a dangerous situation for a young person anywhere, Yeukai began to discover how treacherous life can be when you don’t officially ‘exist’.

But she pressed on, and after two years and a judiciary review, was allowed to remain as a refugee, but still unable to work or get an education. How was she ever going to developed herself, or attain skills?

How could she contribute to the UK, or even go home and help rebuild Zimbabwe whilst in this limbo?

Yeukai’s strategy was to find and take every single course that she could, travelling all over London to volunteer at charities and organisations. During this time, she met people, heard their stories, and realised that what she had learned was a valuable resource to people. Some good could come of her experiences after all.

She became a touch point for people in her community, helping with paperwork, advising where to access services. While Yeukai was busy mobilising her community she also lobbied the Government to understand the precarious situation of Zimbabwean refugees and to grant temporary work rights so they didn’t become deskilled.

“It sounds basic, but it means a big deal, to have the freedom to look for a job and look for an opportunity without fear. And that’s why, when I speak to people, I know how a situation can change for them, even if they don’t believe it, because I’ve been there. I know that with positive action that you can take a person to a place of hopefulness.” Yeukai Taruvinga, Founder and Managing Director of Active Horizons

Yeukai’s work resulted in a Government agreement to reassess its policy on the deportation of Zimbabwean refugees. In 2007, in recognition of her work, Yeukai was invited to Prince Charles’s 60th birthday, where she went to meet him. And with determination, and some luck, she was also able to take steps for herself and finally begin – and complete – her long-awaited degree.

It took until 2009 for Yeukai to become a British Citizen. She continues her work through Active Horizons, working in the community of Bexley, both with residents and the elected council, improving engagement, communications and conditions in the borough for residents.